How to root your Android Phone


A few days ago an antivirus company found out that several Chinese made android smartphones were carrying trojan virus as part of their pre-installed system software. Which I have reported in the last video I posted on my Youtube channel. If you haven't seen it, you can watch it now above. So even if an antivirus program detects them, it can not remove or delete them.

I found one program on my Micromax Canvas 2.2  A114 smartphone, an App called GameHub which was detected by Avast as well as Malwarebytes as a Trojan

However neither the antivirus programs could delete it, nor could I uninstall it from the phone. Because it was part of the system files preinstalled on the phone, and removing it needed root access. For that I needed to gain root access on my smartphone. It is called Rooting your smartphone in popular terms.

I could not find any help on official Android forums or on Google's. Several search queries that came up searching for "root your android phone" pointed out to some apk files that needed to be installed on the smartphone to root it. But when I tried to download it, my chrome browser refused to download them deeming them as harmful. So I avoided them.

I did come across a program called Kingo Root that you can install on your Windows computer and then connect your smartphone using a USB cable. You also need to enable USB Debugging in Developer options on your smartphone. 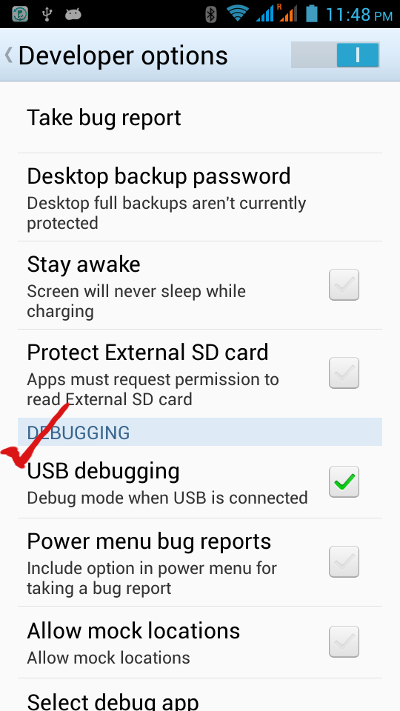 The Developer Options are not enabled by Default. To activate them you need to open System Settings > About Phone > Build Number. 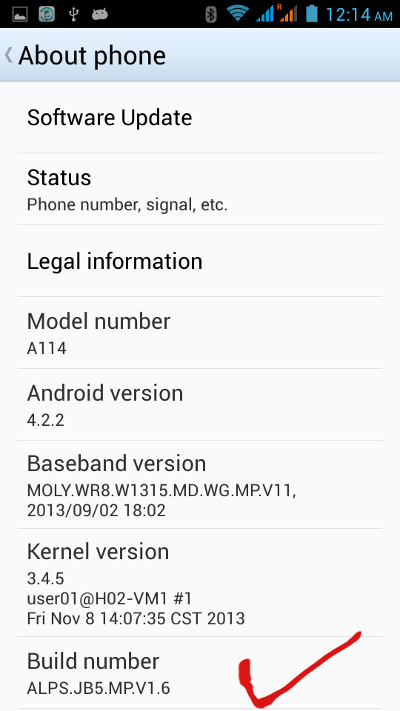 Now you need to touch the location where Build Number is written 7 times successively. In the end you will see a message that "You are now a developer". Then you can open the "Developer Options" and select the "USB Debugging". That's all.

This program then detects your smartphone and then it installs and runs necessary scripts on your phone to Root it. Once you see that your phone is correctly detected then you can press the "ROOT" button, and wait patiently for a few minutes, till your android smartphone reboots a couple of times and you get a message on Kingo Root screen that the "Rooting" was successful. 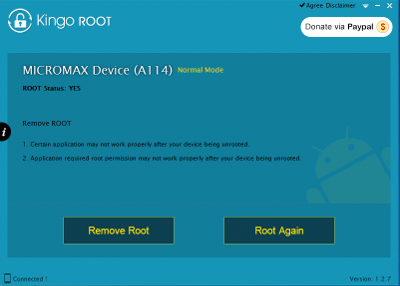 However, this was not enough to remove the offending App, or its APK file. I had to install an uninstaller on my smartphone, which I selected randomly from the several uninstallers in the Google Play Store. I think most of the uninstallers should do the trick.

When you run the Uninstaller, you are asked if you would grant Root Access or Deny.  After you grant it root access, you can then select the Apps that you want to uninstall. I did remove several Apps that were pre-installed, some of them were detected as malware, some were not useful for me. So it was a good thing to get rid of them and make space on the phone's memory.

The last thing I did was to uninstall the Uninstaller itself.

The Kingo Root program can also "Remove the Root", but for time being I would like to keep root access on my smartphone so that I can try and install some programs that require root access.

Update: It seems that This Kingo Root program installs an App called Super SU on the smartphone which does the root permissions. However there are some issues with the Super SU App itself, regarding updates. Currently I am stuck in figuring it out.

Warning: This is just my experience so far. I would not recommend anyone trying to root their phone. Because on thing leads to another, and you end up resetting your phone to Factory settings.